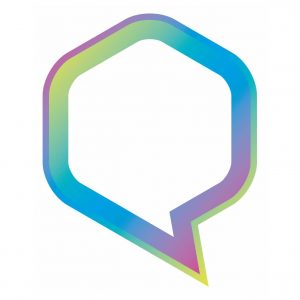 What is Power In Discussion?

What is Power In Discussion ?

Being your average millennial, I took to social media as way of identifying existing events for Black History Month in Bedford. The results were a little disappointing, particularly with a relatively large African- Caribbean community here.  The sentiment  I had heard days before during a radio interview resonated with me so strongly; “create the events that you want to see”. This was now my mantra.

After exchanging several emails with representatives from The Higgins Art Gallery and Museum, it was agreed that my plan for a Black History Event would take place. The feedback from the event was overwhelming with many people stating that they found the panel discussions particularly powerful and uplifting.  Some expressed that they had never before had a platform to share their own experiences as well as discussing issues affecting their community . It was a realisation that they weren’t alone in their thinking.

Despite being an avid social media user,  and  also having had  first hand experience  of how ‘online community’ can be a safe space to allow self expression and exploration  of  vulnerabilities,  the importance of people coming together in a shared, physical  space to ‘discuss’ and ‘organise’ was also understood.. The networking, laughter and the embaces were all testament to that.

It was at this moment that ‘Power In Discussion’ was born.

Power In Discussion  was created as  both a physical and virtual platform for people to share personal experiences  and be centred in discussion on issues  they are affected by.The mission was to create  spaces (online and offline) for people to  connect  with like-minded voices and also  provide positive representation for otherwise marginalised groups,  with a particular focus, although not exclusive to, the experiences of Black people in Britain, Black LGBTQ+ visibility and Mental Health Awareness.

Despite the nuptials of Prince Harry and Meghan Markle, as well as the FA Cup final, it was decided that Saturday, May 19th, 2018 would be the official launch of Power In Discussion. The Third Place was the perfect venue to host the first live event to showcase the brand.

There were  two lively discussion with three knowledgeable  and passionate panellists for each topic. Vulnerability, identity, self acceptance were some of the areas which were touched on. With live music from Adolphus  and  powerful spoken word poetry from Georgia Betts, the event had something for everyone.  There was also generous discussion focussing on Mental Health Awareness Week and the importance  modifying language around mental wellness in a bid to breakdown stigma.

What’s next for Power In Discussion? The aim is  to create more online content addressing all aspects of identity as well as hosting more live events.

Power In Discussion is also being taken into schools and colleges with the understanding that a  judgement free platform, the  ability to see similarities in our experiences and a safe space for discussion can all have a positive impact on an individual’s wellbeing. Starting at East London Arts Music, Power In Discussion was taken to over 200 trainees for an interactive session on representation, visibility and wellbeing.  It is hoped that Power In Discussion can be taken into schools and colleges closer to home where tailored workshop and panel discussions can be facilitated.